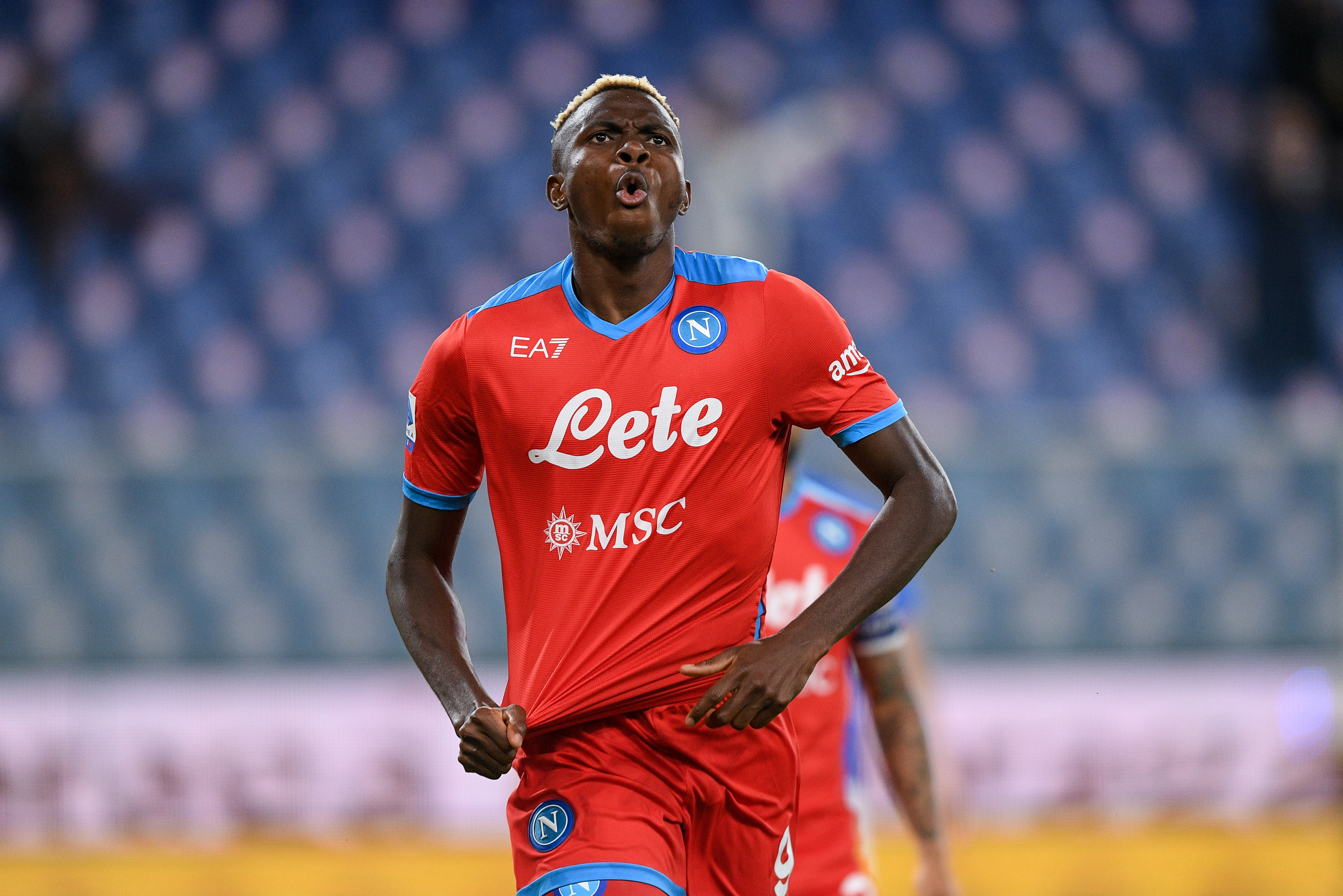 Arsenal are set to be quoted at least £84million to sign Napoli striker Victor Osimhen this summer. Multiple aspects of the deal, including the price, could make life difficult for the Gunners, but they have been dealt a boost as reports indicate that the Serie A goal machine would favour a move to north London over Newcastle United.

The Gunners missed out on Dusan Vlahovic in January when the Serbian goal-scorer instead opted to stay closer to home and join Juventus. Transfer chief Edu held fire on other strikers, instead choosing to see out the rest of the season with what they’ve got, but this summer they are set to pursue another Serie A poacher.

Osimhen has bagged 12 goals in just 23 matches this season during Napoli’s league title charge. Now, journalist Freddie Paxton claims that the Gunners hold a ‘serious interest’ in the forward after making contact with his agent, and that the player would rather move to the Emirates than St James’ Park.

Napoli shelled out almost £70m to bring him in from Lille back in 2020, which is why they are set to demand a mammoth fee to let him go. It would be a huge amount of money for the Gunners to commit, particularly if they fall short in their bid to secure Champions League football.

And therein lies another hurdle as reports indicate that Osimhen views Champions League football as a ‘massive priority’ in deciding his next move. Arsenal are two points ahead of Tottenham and occupy fourth spot with five matches left to play, but next month’s North London Derby could have the final say.

Osimhen is already the most expensive African footballer in history, and has experience in three of Europe’s ‘big five’ leagues at the age of 23. A prolific season with Lille tempted Napoli to pull the trigger in 2020, and while injuries have made life difficult, he has not disappointed when fit to play.