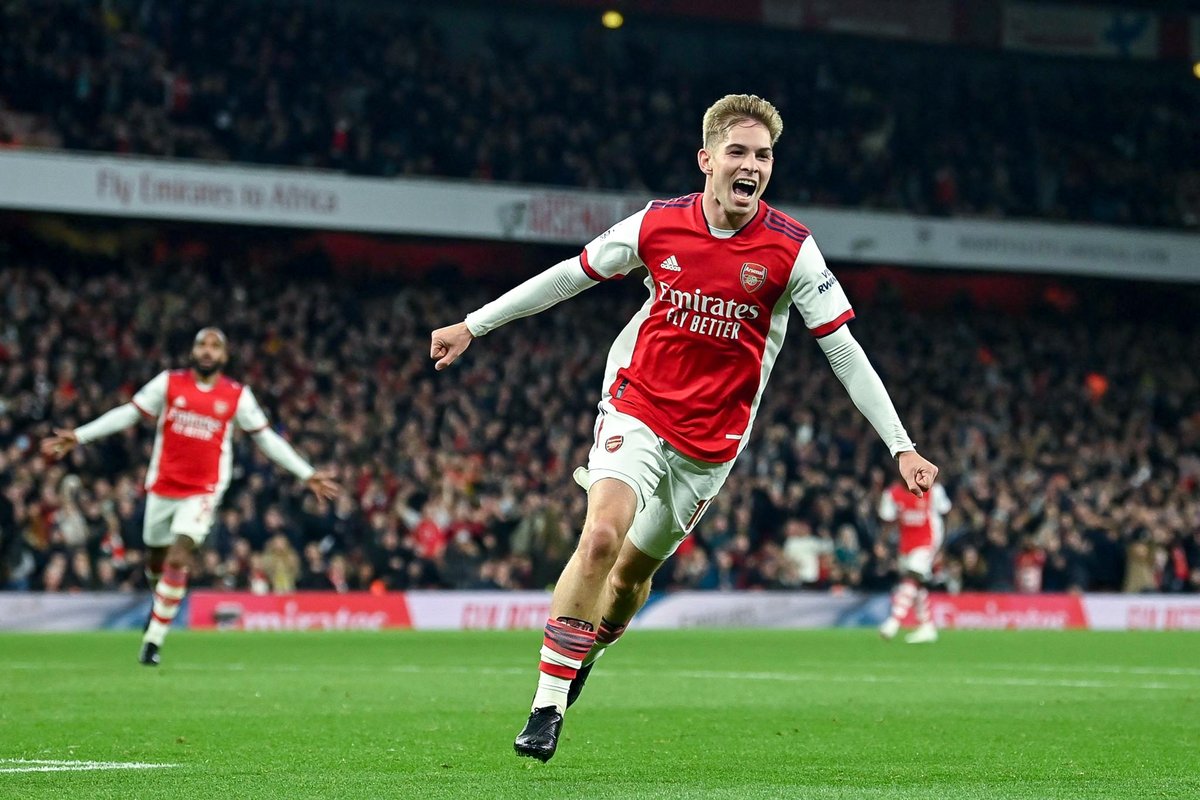 North London outfit Arsenal have moved into the top half of the Premier League for only the second time this season after they saw off Aston Villa at home for their fourth win in the league this season. Arsenal produced an impressive performance in the first half on the way to beating Villa 3-1 in front of their home fans to end their recent wretched record against the team from the Midlands.

Ghanaian national team player Thomas Partey is renowned for his wayward shooting on the Premier League football scene as he tried hard to score his first Arsenal goal on the back of his transfer from Atletico Madrid in the Spanish top flight last summer. The Gunners paid €50m to sign Partey from the Spanish champions and he was the one who broke the deadlock for his first goal in an Arsenal shirt. He had come close to breaking the deadlock a few minutes before giving Arsenal the lead midway into the first half when his shot crashed off the Villa post.

Gabonese international Pierre-EmerickAubameyang has a very good record at home in the Premier League this season and he was the scorer of the second goal from the rebound after his penalty was saved by Villa goalkeeper Emiliano Martinez. Aubameyang has now scored in all his four starts in the Premier League this season at the Emirates Stadium. The Gabonese striker made his first appearance of the new Premier League campaign as a substitute at home against London rivals Chelsea and he has scored in all his league outings at home since then. As a matter of fact, Aubameyanghas scored all his four league goals at the Emirates Stadium and he’s the leading goalscorer at the club this season with seven goals in all competitions.

In the second half, Emile Smith-Rowe and substitute Jacob Ramsey were on target for Arsenal and Aston Villa respectively.

Arsenal sealed a spot in the top half of the Premier League standings when they defeated North London rivals Tottenham Hotspur 3-1 in their penultimate league outing at home and they repeated the feat with the win over Villa. The Gunners are now up to ninth place on the league table with 14 points from nine games, while Villa are in 13th place with ten points from the nine games played.