Arsenal legend Paul Mariner has said that he is not entirely excited by the signing of Stephan Lichtsteiner. The Switzerland international became the Gunners’ first signing under new boss Unai Emery but Mariner does not believe the defender will make a mark after having entered the twilight of his professional career. 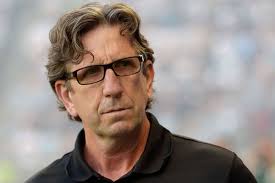 Speaking to ESPN, he said: “Well, yeah, incredible. Look, 2012, 2014, absolutely, sign him tomorrow.One of the best wing-backs that we have seen for a long, long time. Up and down for fun, putting balls in the box, defending well. On a free transfer, what is he, 34, 35 now? He’s had heart surgery, I’m assuming he’s still okay.If he comes in it will be as backup to Bellerin, be in the squad.Unai Emery, one of his first signings, am I excited? No. Will it possibly work as a free?Why not?”

Despite this, there has been plenty of positivity around the club since Emery has arrived and reports suggest that the Gunners are likely to focus on strengthening the defensive side of their game which has hampered their chances of a top-four finish in recent seasons. A deal for Borussia Dortmund’s Sokratis is understood to have already been wrapped up but the announcement may be put on hold until January with the German outfit seeking to balance their financial books.

Meanwhile, the north London giants are also said to hold a strong interest in signing Lucas Torreira from Sampdoria and they have already begun discussions over a potential deal. The midfielder presently has a £22m release clause written into his contract but according to reports, the Gunners are prepared to discuss a greater package of around £26m for the Uruguayan, provided they can agree to pay the fee in terms of instalments. Torreira has supposedly been identified as a replacement for Jack Wilshere, whose contract expires at the end of the month.