MARTINELLI BOOST FOR ARSENAL AGAINST WOLVES 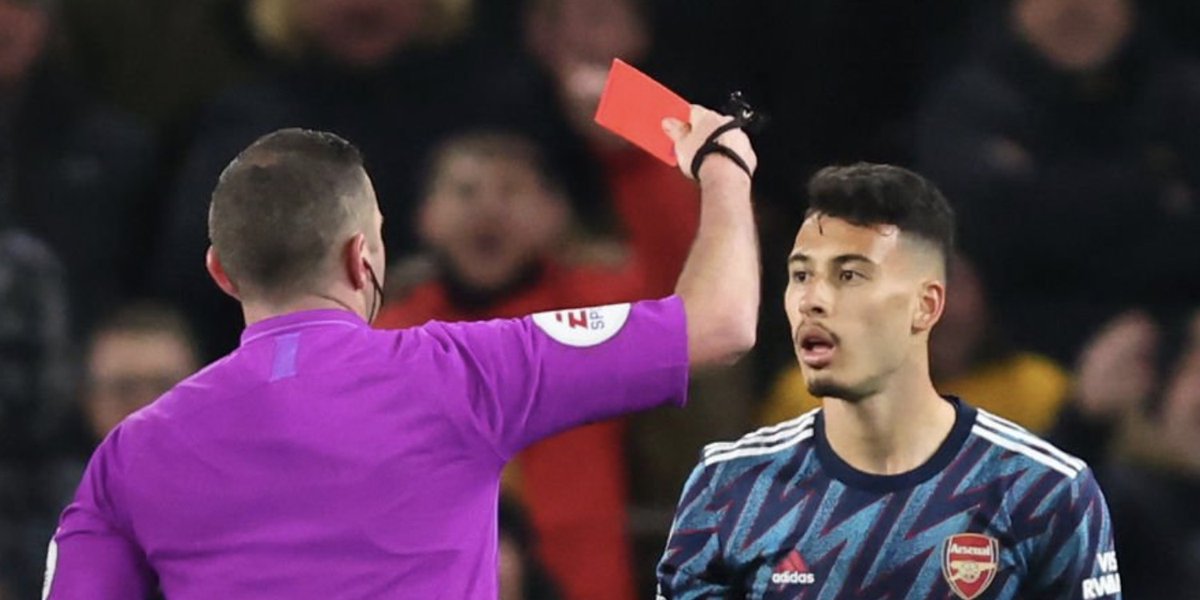 Arsenal have been boosted with the return of promising attacker Gabriel Martinelli ahead of their home league game against Wolves on Thursday night after he served his pre-match suspension against fellow London team Brentford last weekend. Brazilian talent Martinelli is scheduled to return to the Arsenal squad at least for the rescheduled Wolves game at the Emirates Stadium after he missed the Brentford game in the league due to the red card from the first league meeting with Wolves.

Martinelli was shown the first red card of his Arsenal career after receiving two yellow cards from centre referee Michael Oliver in a passage of play in what was a strange sending off. At the point of his dismissal in the second half, Arsenal were leading 1-0 thanks to the first half strike from Brazilian centre back Gabriel Magalhaes from close range off the assist from Frenchman Alexandre Lacazette. The Gunners were able to preserve that lead for the rest of the game despite going a man down.

The away win over Wolves in the league was the first win for Arsenal in over one month and they made it two wins on the bounce with the 2-1 London Derby home win over Brentford on Saturday. The Gunners were able to avenge their defeat against the Bees in the first game of this season’s Premier League campaign. Arsenal were without a lot of their first-team players through injury and Covid-19 as they lost 2-0 to the newcomers with goals from Spanish player SergiCanos and Danish midfielder Christian Norgaard.

Arsenal can make it three wins in a row with victory at home to Wolves thus completing the double on a direct rival for fourth spot in the Premier League this term. Arsenal and Wolves are in the keenly contested battle for fourth alongside Tottenham Hotspur, West Ham United and Manchester United.