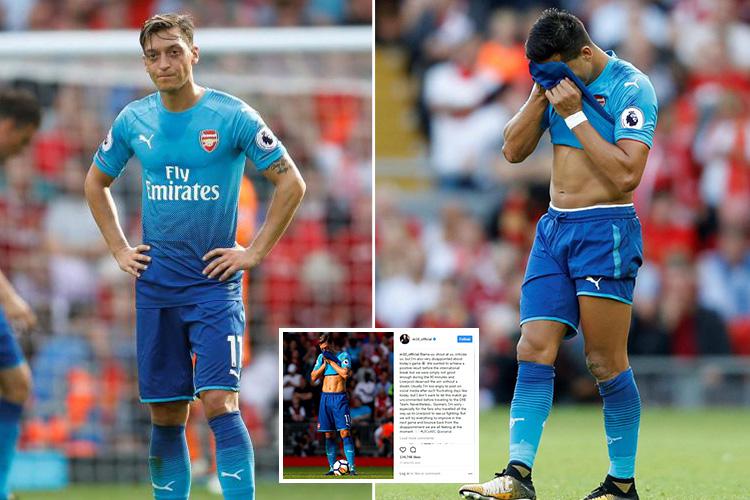 He said: “I remember the 3-3 we played against Arsenal here. Without Ozil and Olivier Giroud, we would have won 3-0. One long ball, Giroud gave it to Mesut and it was five players on him, no chance. He is an outstandingly skilled boy. I don’t watch Arsenal often enough to be right to have an opinion about it. If people are not happy with him, I don’t know why. ‘There is no doubt in Germany about the quality of Mesut Ozil. Germany is really blessed with a lot of world-class players in his position and he is a fix in the German national team, so that should be a sign.”

Meanwhile, Alexis Sanchez is also back in the Gunners squad after having recovered from an abdominal strain, but Klopp insists that the focus will be on the Reds’ defence as the north Londoners have plenty of personalities who could hurt them on the playing field. Liverpool have not lost to the Gunners at Merseyside since September 2012, and they will come into the game with some confidence following their progress to the Champions League proper.