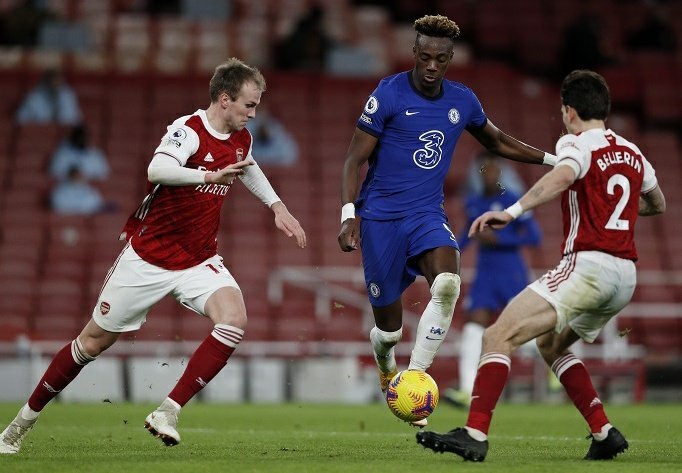 North London giants Arsenal will reportedly accept the personal terms from Chelsea striker Tammy Abraham. The England international is a target for the Gunners in this summer’s transfer window. British news portal The Express revealed that Arsenal are prepared to meet the salary demands from Abraham.

It has also been reported that the Gunners won’t mind selling an experienced player like French international Alexandre Lacazette to fund a move for 23-year-old Chelsea striker Abraham who’s surplus to requirements under manager Thomas Tuchel at Stamford Bridge. He has found regular playing time difficult to come by since the arrival of German manager Tuchel in January.

Chelsea striker Abraham has represented the Three Lions of England six times but he was overlooked for the Euro 2020 tournament due to his club situation. He has 18 goals in 47 games for Chelsea in all competitions.

Abraham was a regular while Frank Lampard was the Chelsea manager before he was dismissed and replaced by Tuchel. The Blues striker has played just 17 minutes of football under Tuchel since his arrival at the start of the year. To this effect, the striker is ready to leave the club for more first team football and has been linked with other Premier League teams such as Aston Villa, Crystal Palace, West Ham United, Arsenal and Leicester City.

Arsenal are ready to meet the salary demands of Tammy Abraham who wants £125,000 weekly to move from Chelsea to the Emirates Stadium this summer. He earns £80,000 on a weekly basis at Stamford Bridge at the moment.

Chelsea initially slapped a £40m asking price on the former Aston Villa and Swansea City striker but they are prepared to get him off their books by accepting £30m for him. The Gunners won’t have much issues paying the said transfer fee for Abraham and they could even raise money from the potential sale of Lacazette who has just a year left on his Arsenal contract.