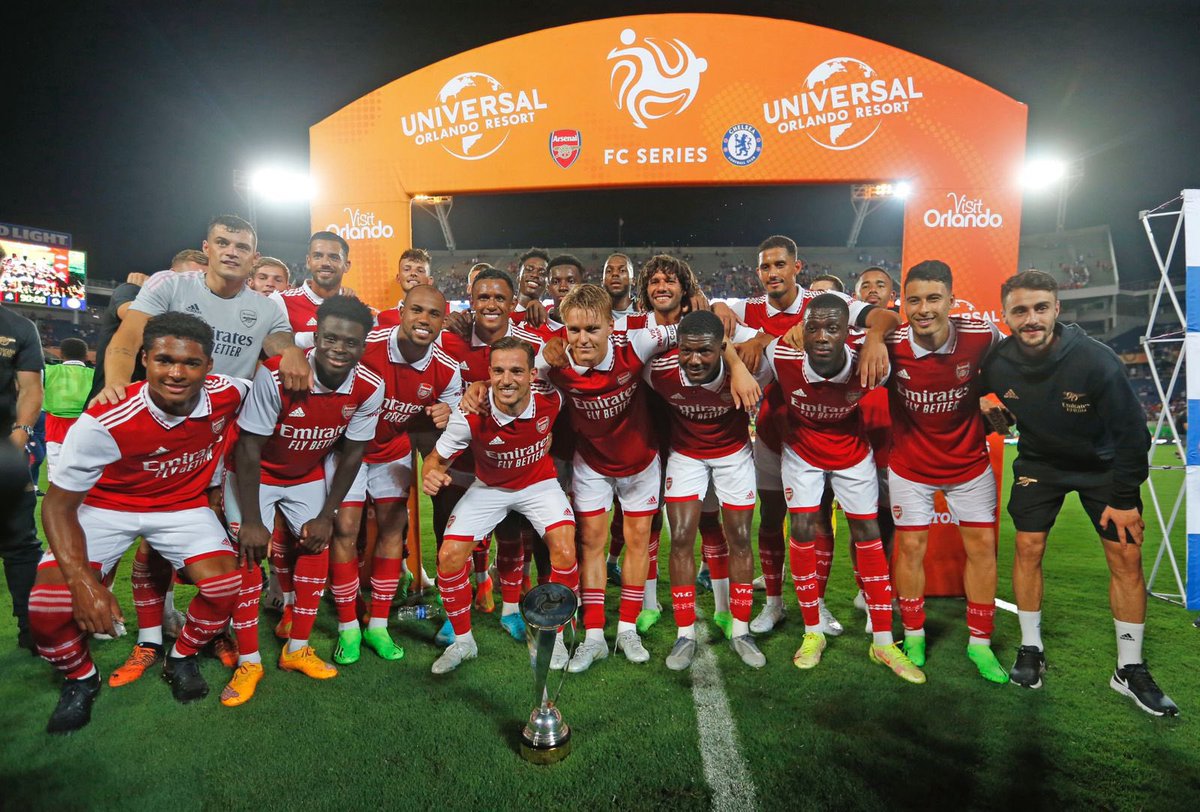 Arsenal ended their pre-season schedule of the United States (US) this summer in style after they thumped London rivals Chelsea in Orlando in the Florida Cup final in 2022 to win the competition for the first time. The Gunners are the second team to win the pre-season friendly competition courtesy the 4-0 victory over fellow Premier League side Chelsea.

Mikel Arteta and his Arsenal players proved to be too much for Chelsea with two goals coming in each half. Brazil international Gabriel Jesus scored the first goal of the game on 16 minutes off the assist from Swiss midfielder Granit Xhaka. The goal was the fourth for Jesus in four Arsenal games since his big transfer from Manchester City. Arsenal paid £45m to secure the transfer of the Brazilian attacker from City.

Arsenal doubled their lead through skipper Martin Odegaard nine minutes from the half-time interval off the assist from Brazilian attacker Gabriel Martinelli. The goals from new signing Jesus and Odegaard gave the Gunners a 2-0 lead at the end of the first half. Arsenal scored a third goal through Bukayo Saka in the second half before Belgian international midfielder Albert-SambiLokonga wrapped up the win for the Gunners in stoppage time.

North London giants Arsenal have won all their three games on tour of the US. Also, they have won five from five matches in pre-season this summer. The Gunners have now scored 19 goals in friendly games this summer, while conceding five goals.

Arsenal will play Spanish La Liga side Sevillain their final pre-season game this summer on Saturday, July 30. The Gunners will start the new season with a London Derby clash at Crystal Palace on Friday, August 5. Arsenal would be hoping to avenge the 3-0 defeat suffered from the same fixture when the two London teams meet for the first Premier League game of the new season.