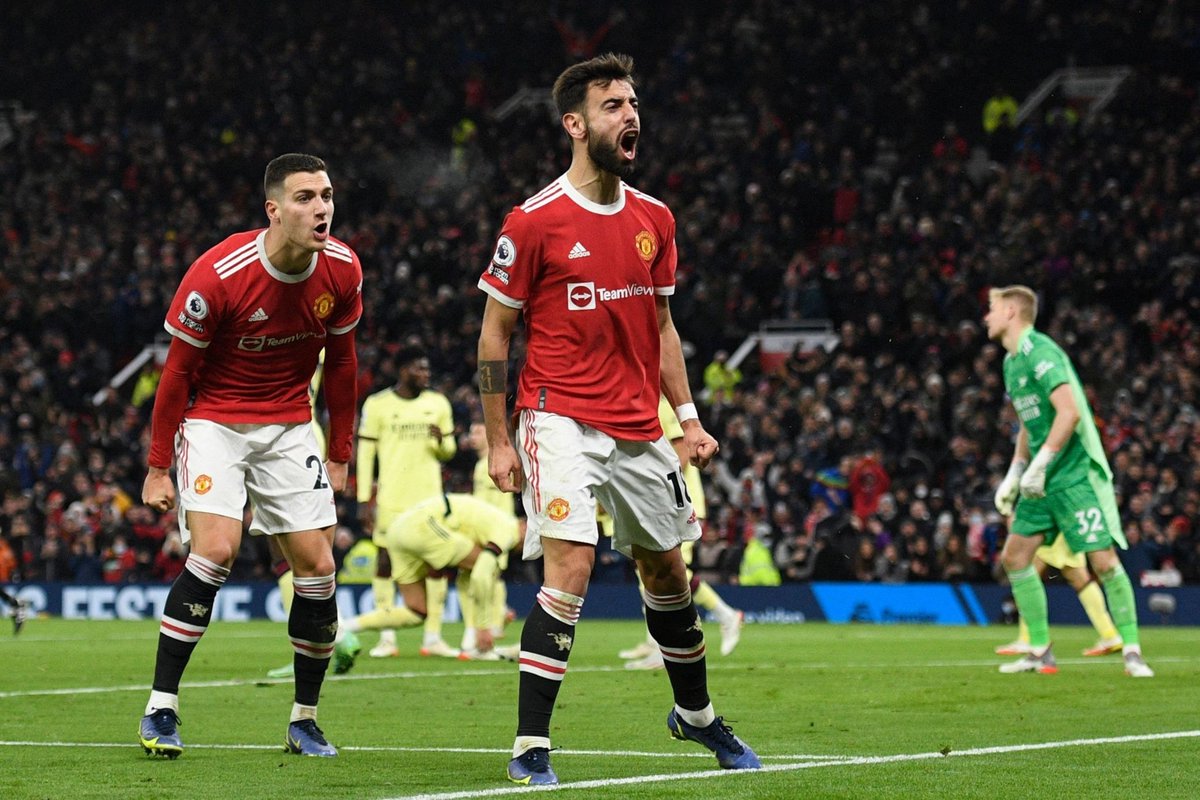 Arsenal were left to rue the penalty conceded in the final quarter of their Premier League encounter with home team Manchester United. The Gunners lost an early lead to end up on the wrong side of a thrilling five-goal match with the Red Devils.

Manchester United scored their winning goal courtesy a Cristiano Ronaldo penalty in the 70th minute after their Brazilian midfielder Fred was fouled in the box by Arsenal playmaker Martin Odegaard.

Arsenal have themselves to blame due to their failure to rise to the occasion offensively and defensively despite taking the lead in controversial circumstances. Gunners midfielder Emile Smith-Rowe found the back of the net while the Manchester United goal was empty in the 13th minute following a foul on goalkeeper David De Gea. In the end, the goal was given after it was determined that Spanish shot stopper De Gea was impeded by his own player (Fred) and that the shot from Smith-Rowe was in the back of the net before centre referee Martin Atkinson blew his whistle.

The opening goal of the game from Smith-Rowe means that he’s now the leading goalscorer for the Gunners in the Premier League with five goals.

Arsenal held on to the advantage from the goal scored by newly capped England international Smith-Rowe until a minute to the break when Portuguese playmaker Bruno Fernandes levelled matters for Manchester United as the two teams went into the break with a goal apiece.

Manchester United went ahead for the first time in the game through star man Ronaldo on 52 minutes, but Arsenal were back level within two minutes through Odegaard. The Red Devils got their winning goal through the penalty from Ronaldo who was able to complete his brace.

With the win, Manchester United moved three places up on the league standings to seventh place.