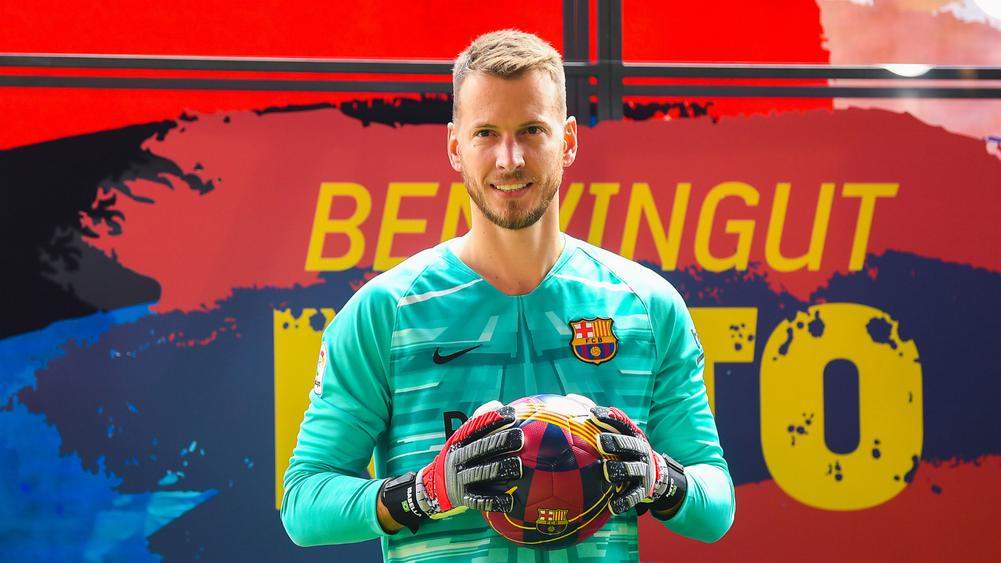 The quest for English Premier League club Arsenal to sign a goalkeeper this summer has led them to be given the chance to sign Neto from Barcelona, several reports have confirmed. The Gunners are reportedly willing to sign a shot-stopper in this summer’s transfer window as they still have doubts over the long-term stay of current number one Bernd Leno. German goalkeeper Leno has appeared to have almost lost his starting spot as Arsenal’s first-choice goalkeeper this summer and the Premier League side could be cashing in on him before the end of the summer transfer window in a bid to fund the arrival of his replacement.

The Gunners were interested in snapping up Cameroonian international goalie Andre Onana from Dutch Eredivisie giants Ajax but a football ban slapped on the goalkeeper meant that they would have to think heavily about whether or not to still acquire his services. Manager Mikel Arteta is a huge fan and admirer of Onana and that was the major reason the Spanish manager wanted to sign the goalkeeper but he reportedly had his hands tied as the keeper continues to abstain from any official football match following the ban placed on him some weeks ago.

Neto is going to have a hard time featuring for Barcelona anytime soon unless there’s an injury to Andre ter Stegen and he knows that he must leave the club if he wants to play some football so a move to Arsenal could well be on the cards for him.

If Arsenal do not sign another goalkeeper this summer, they will head into the season entrusting the goalkeeping duties into the hands of Leno this season. However, if the goalkeeper fails to convince them that he’s capable of continuing next season as their starter, they would have to sign another option.