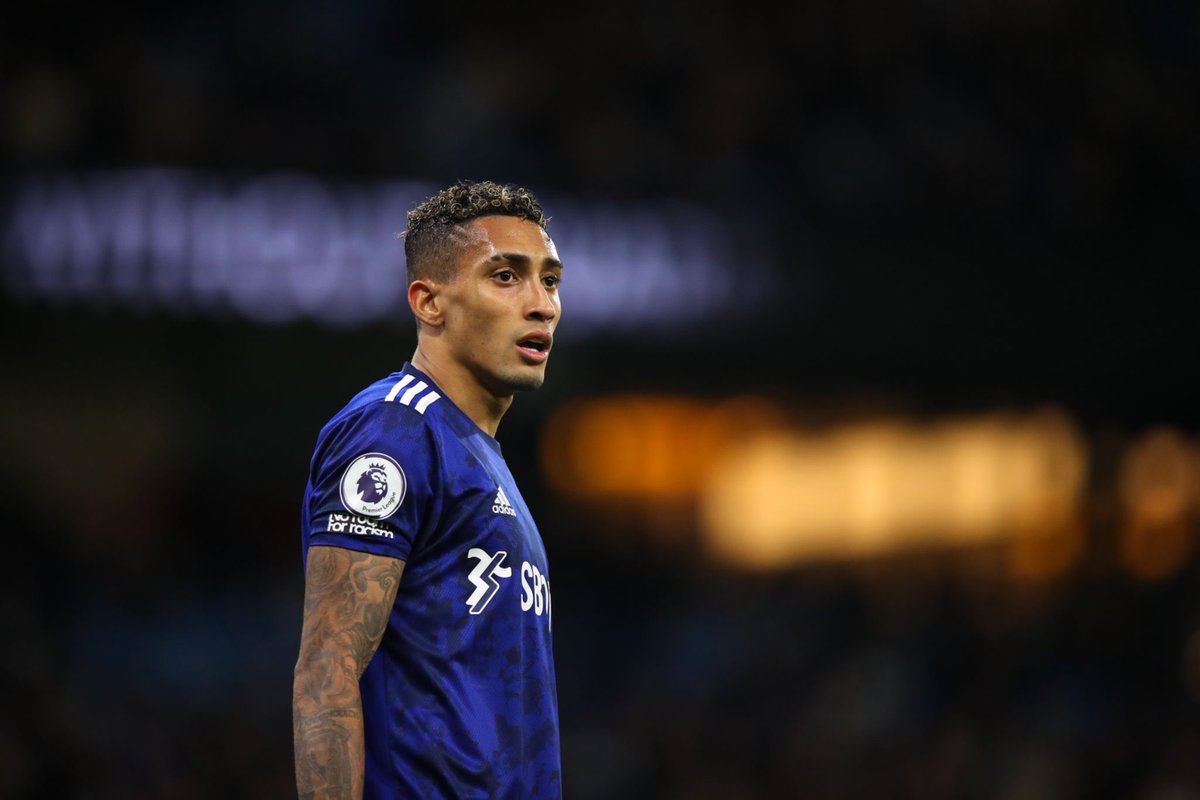 Premier League heavyweights Arsenal are closing in on the signing of Leeds United attacker Raphinha. This is according to the various media reports in the United Kingdom (UK). English journalist Freddie Paxton revealed earlier on Tuesday that his agent was in London and the £50m-rated Brazil international could be joining the Gunners.

Raphinha has spent two years in the Premier League since his move from Rennes in the French top flight in 2020. He’s available for a transfer at Leeds United this summer. The attacking talent has two years left on his current deal with the Lilywhites. Arsenal are one of the teams interested in Raphinha alongside fellow London teams Tottenham Hotspur and Chelsea. It was believed that his agent, Deco, was in London to negotiate his move to North London.Apart from the London trio of Arsenal, Chelsea and Spurs, Spanish La Liga side Barcelona have also been linked with a move forthe 25-year old attacker.

On Raphinha, transfer news specialist Fabrizio Romano tweeted via his official Twitter account on Monday that Barcelona have agreed personal terms with Raphinha, but they don’t have an agreement with Leeds United over his transfer fee. He also said it could take more than £50m to secure his transfer from Leeds United who escaped Premier League relegation on the final day of the latest season in the English top flight. The former Champions League finalists beat hosts Brentford 2-1 to secure Premier League safety with Raphinha getting one of the goals for his team. He had an attacking return of 11 goals and three assists in the Premier League by the end of the latest campaign.

Barcelona were leading the race to sign Raphinha a few weeks ago, but that’s no longer the case as they are struggling to meet the asking price from Leeds United.